I found a video 📽️of the Grand Mufti of Jerusalem Amin al-Husseini meeting with Hitler in 1941 and doing the Nazi salute. pic.twitter.com/lKopDezPGn

Here is yet another photo, taken on another occasion, of al-Husseini giving the Nazi salute > www.eretzyisroel.org/~jkatz/recruited.html

The Grand Mufti of Jerusalem, Haj Amin al-Husseini was also a notorious Nazi who mixed Nazi propaganda and Islam.  Al-Husseini was wanted for war crimes in Bosnia by the government of Yugoslavia.  Al-Husseini’s mix of propaganda with militant Islam was an inspiration to both Yasser Arafat and Saddam Hussein, the former dictator of Iraq.  Al-Husseini was also a close relative of Yasser Arafat, the founder of the terrorist PLO (Palestinian Liberation Organization).  Al-Husseini was also the grandfather of the current Temple Mount Mufti. “Yasser Arafat’s actual name was Abd al-Rahman abd al-Bauf Arafat al-Qud al-Husseini. Arafat shortened his name to cloak his kinship with the notorious Nazi and ex-Mufti of Jerusalem, Haj Muhammed Amin al-Husseini.” Howard M. Sachar, A HISTORY OF ISRAEL (New York: Knopf, 1976).  The Bet Agron International Center in Jerusalem interviewed Arafat’s brother and sister, who described the Mufti as a cousin (family member) with tremendous influence on young Yasser Arafat after the Mufti returned from Berlin to Cairo. Yasser Arafat himself kept his exact lineage and birthplace secret.  It is widely accepted that Arafat was born in Cairo Egypt, Aug. 24, 1929, not anywhere near ‘Palestine’. wikipedia.org/wiki/Yasser_Arafat

It should also be noted that Saddam Hussein was raised in the house of his uncle Khayrallah Tulfah, who was a leader in the Mufti’s pro-Nazi coup in Iraq in May 1941.

In November of 1952, Israel’s Prime Minister David Ben-Gurion asked Albert Einstein to be Israel’s second president, but Einstein graciously declined the request due to his age, being 73 years old at the time.  Being “deeply moved” by the offer, Einstein replied: “My relationship with the Jewish people became my strongest human tie.”  Einstein died less than three years later on April 18th, 1955.

Einstein stated in an interview published in G.S. Viereck’s book “Glimpses of the Great,” 1930: “I’m absolutely not an atheist. … The problem involved is too vast for our limited minds. We are in the position of a little child entering a huge library filled with books in many languages. The child knows someone must have written those books. It does not know how. It does not understand the languages in which they are written. The child dimly suspects a mysterious order in the arrangement of the books but doesn’t know what it is. That, it seems to me, is the attitude of even the most intelligent human being toward God. We see the universe marvelously arranged and obeying certain laws but only dimly understand these laws.”1

I like to imagine that in the center of this library, on a podium all by itself, is a unique book set apart from all the others, an open book which emanates the brightest light from between its covers, a book that explains it all, a key to understanding the Universe, this book is none other than the Holy Bible, which is the Tanach and Brit Hadasha combined.

Once, during an interview for the Saturday Evening Post, Einstein was quoted as saying, “As a child, I received instruction both in the Bible and in the Talmud. I am a Jew, but I am enthralled by the luminous figure of the Nazarene.”

When asked “You accept the historical existence of Jesus,” Einstein answered: “Unquestionably! No one can read the Gospels without feeling the actual presence of Jesus. His personality pulsates in every word. No myth is filled with such life.” 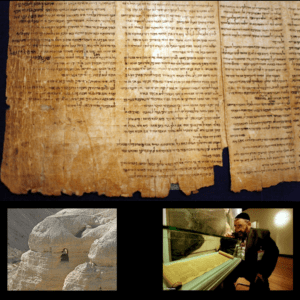 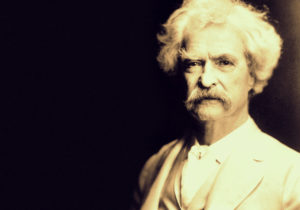