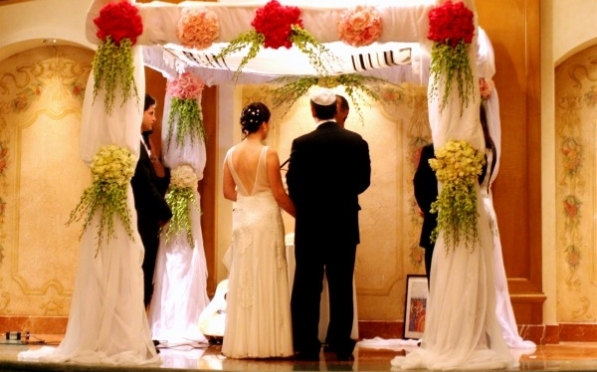 The state of Israel’s religious establishment is taking its persecution of Messianic Jewish believers in Jesus to a new level. A rabbinic court, or Sanhedrin, has ruled that a Jew who believes in Jesus as the Jewish Messiah is no longer considered a Jew for purposes of marriage in Israel. This makes it impossible for […]

The irony is that the legalistic rabbis of the Sanhedrin are the ones who will ultimately be cut-off from the promised blessings to Israel, by Messiah Ben David Himself…whose name is Yeshua.

Their destiny is outlined in Psalm 2.

Why do the nations conspire
and the peoples plot in vain?
2 The kings of the earth rise up
and the rulers band together
against the Lord and against his anointed, saying,
3 “Let us break their chains
and throw off their shackles.”

4 The One enthroned in heaven laughs;
the Lord scoffs at them.
5 He rebukes them in his anger
and terrifies them in his wrath, saying,
6 “I have installed my king
on Zion, my holy mountain.”

7 I will proclaim the Lord’s decree:

He said to me, “You are my son;
today I have become your father.
8 Ask me,
and I will make the nations your inheritance,
the ends of the earth your possession.
9 You will break them with a rod of iron;
you will dash them to pieces like pottery.”

10 Therefore, you kings, be wise;
be warned, you rulers of the earth.
11 Serve the Lord with fear
and celebrate his rule with trembling.
12 Kiss his son, or he will be angry
and your way will lead to your destruction,
for his wrath can flare up in a moment.
Blessed are all who take refuge in him.

So the name of the Lord will be declared in Zion
and his praise in Jerusalem
when the peoples and the kingdoms
assemble to worship the Lord.

His name is Yeshua!