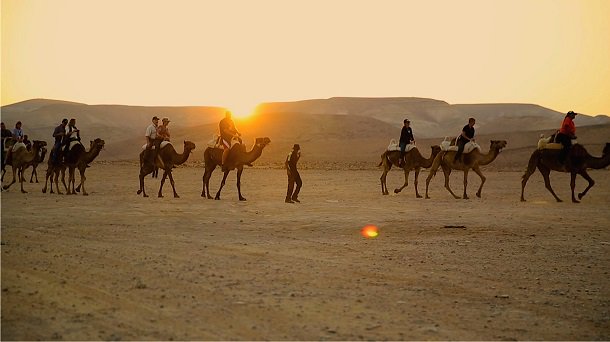 WASHINGTON – A new documentary about Israel’s 70th anniversary this spring, produced by an Arab-American Christian and an American messianic Jewish rabbi, makes the case this event is so significant that it touches everything we see, everyone we know, everything we can’t see and everyone we don’t know. In other words, it impacts EVERYTHING. That’s […]

“Israel is not just another nation in the world,” he says. “It’s not just the only Jewish state. It’s not just a unique people group with a long history going back thousands of years of triumph and tragedy, peace and persecution, status and statelessness. This movie makes the point that the history of Israel and its rebirth as a nation 70 years ago is evidence it is part of a mysterious divine script written at the dawn of Creation that affects the destiny of every person who has ever lived on Planet Earth – not to mention the fate of the Earth itself.”
– Joseph Farah

Joseph Farah and Jonathan Bernis of the television show “Jewish Voice,” Farah’s co-producer and presenter, invite you to see the movie for yourself to determine if these things are true.

Mark Twain explained the paradox of its people in an article in 1899 called “Concerning the Jews.”

“The Jews constitute but one percent of the human race,” he wrote. “Properly the Jew ought hardly to be heard of, but he is heard of, has always been heard of. … The Egyptian, the Babylonian, and the Persian rose, filled the planet with sound and splendor, then faded to dream-stuff and passed away; the Greek and the Roman followed, and made a vast noise, and they are gone; other people have sprung up and held their torch high for a time, but it burned out … The Jew saw them all, beat them all, and is now what he always was, exhibiting no decadence, no infirmities of age, no weakening of his parts, no slowing of his energies … All things are mortal, but the Jew; all other forces pass, but he remains. What is the secret of his immortality?”