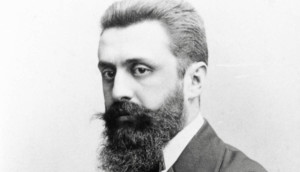 Growing up in France in the 60s, I often heard conversations about Zionism and Israel at family gatherings. I didn’t really understand what they were all about except that there were always a few family members who spoke passionately about Eretz Yisrael. Some even occasionally spoke of the possibility of returning to the Land. Zionism was some sort of magical, mystical word that made people both dream and argue in the same breath. It never got bad press, except maybe from the few Jewish family members who were comfortably assimilated in France and wouldn’t fathom making Aliyah. Fast forward to 2016 and Zionism has now become a cuss word in many circles around the world.

The term “Zionism” and “Zionist” were coined in 1890 by Jewish activist Nathan Birnbaum (1864-1937) who also played an important part in the first Zionist Congress in 1897. The word “Zion” comes from the Hebrew tzion, a reference to Jerusalem and often, by extension, to the land of Israel itself (first mentioned in II Samuel 5:7.)

According to scholar Mitchell Bard, Zionism is: “ The national movement for the return of the Jewish people to their homeland and the resumption of Jewish sovereignty in the Land of Israel.  Additionally, Israeli diplomat, politician and historian Abba Eban defines it as follows: “Zionism is nothing more — but also nothing less — than the Jewish people’s sense of origin and destination in the land linked eternally with its name.

Over the years, we have heard about historical, political, practical, cultural and even Christian Zionism. Today we hear more about anti-Zionism because the word has been given a new meaning that is so politically charged and so negative. How did we go from “The national movement for the return of the Jewish people to their homeland and the resumption of Jewish sovereignty in the Land of Israel” to a movement labelled as “occupation”, “colonization” or even “racism?”

After the early Zionist pioneers of the late 1800s, the Jewish people started to move back to the land of Israel in the late 40s from all over the Diaspora. They were drawn to Israel for reasons as various as political, familial, economic or even religious. Nothing was frowned upon by anyone. Then came Yassir Arafat, the PLO and the Palestinian quest for self-determination. Unfortunately, the Palestinian cause was one without a land…something had to happen!

“Wait a minute! What if the Palestinians were a people displaced by Jewish colonialists who stole their land, kicked them out and even killed them? This is a long shot but if we keep at it, the masses will eventually buy it!” This might be what went through the minds of Yassir Arafat and his cronies. Zionism slowly started to acquire a bad reputation. It would take several decades to get as bad as it is now, but eventually, it started to spread beyond the Middle East to the rest of the western world

For a while, the damage inflicted on Zionism was counteracted by a strong support from Evangelical Christians who became known as “Christian Zionists.” They based their support of Israel on a belief that the Bible spoke of that land given to Jewish people by God Himself. They also made a strong connection to End-Times prophecies including and involving Israel in a very strong way all the way to the end.

In Genesis 12:1-3, which I like to call “God’s foreign policy as it pertains to Israel” we see that God made a covenant with Abraham, further confirmed through Isaac (not Ishmael) and Jacob. In that Covenant, He gives the Jewish people the deed to the Land of Canaan (Exodus 13:11). This is further developed in Genesis 12:1-3, 7; 13:15;17:7-8, 19; 25:5-6; 26:3; 28:3-4; 35:9-15. Anti-Zionism is simply a human attempt at rewriting a Divine Covenant between God and the Jewish people and because of that, it can be deemed as anti-biblical and is bound to failure. If God changed His mind, this would also make Him a Covenant breaker and a liar.

Israel and Zionism suffer from many foes, not just the Palestinians. The United Nations General Assembly passed resolution 3379  in 1975, in which it stated that “Zionism is a form of racism and racial discrimination.” It took sixteen years for the UN to revoke that statement in 1991. But the damage was done and would continue to be inflicted on Israel and the Jewish people to this day. Today, many countries in the Middle East continue to see Israel as the enemy. They describe Zionism in no uncertain terms:

• Ahmadinejad used to call for the complete destruction of the Zionist Regime.
• Khameini believes that the Zionist Network dictates US policies which a lie taken straight from the early twentieth century hoax known as The Protocols of the Learned Elders of Zion.
• Hamas claims that, “The lie of the Zionist Holocaust crumbles with countless holocausts committed by the Zionists.”

Should a Zionist agree with every single decision made by the Israeli government? Of course not!  Should a Zionist systematically reject any prospect of shared land space between Jews and Palestinians if peace is truly the goal? Probably not! Yet, these and many more libelous statements by Israel’s enemy have poured over into the Evangelical Church. The Palestinian narrative has become stronger than the biblical narrative. The Christian Zionists of yesterday has morphed into a politically correct Christian “Palestinianist.” As a result, very few within the Evangelical ranks continue to support Israel. Zionism has truly become a cuss word and yet, the Bible never changed. Anti-Zionism is almost always antisemitism in a cloak of social justice.

Many followers of Yeshua (Jesus) look at the Bible and clearly see that God is NOT done with Israel. They see a glorious future for the people and the Land. While their numbers are dwindling down, these people are still called Christian Zionists as they recognize Israel’s biblical right to the Land and the Jewish people right to return to that Land. Christian Zionism is a noble cause and is part of what every Bible believing Christian should promote because God Himself declared it to be true in His Word.

The foundation for Zionism was established by God in the book of Genesis. It continues to run through like an uninterrupted thread through the tapestry of Jewish history. If Zionism has existed for a long time, we also cannot deny that God used people like Theodore Herzl, Achad Ha’am, Eliezer Ben Yehuda, Chaim Weizmann, David Ben-Gourion, Golda Meir and many others to further promote the Jewish people right to the Land of Israel. What God established, no man can destroy (Jeremiah 31:35-37).