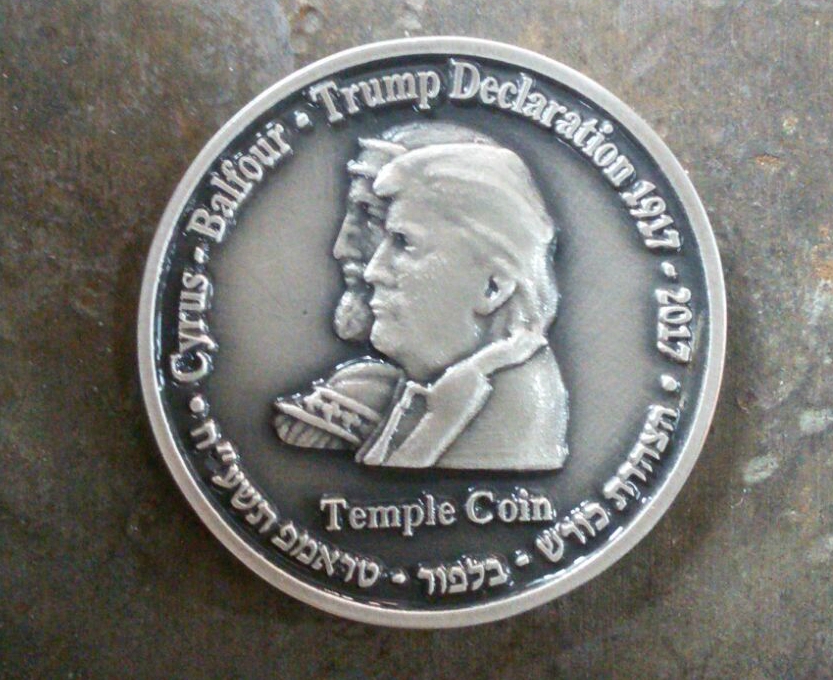 A newly minted coin featuring President Trump, King Cyrus, and the Third Temple has been featured in media around the world, graphically illustrating that support for the Jewish Temple on the Temple Mount is now a global phenomenon that is transcending political and religious boundaries.

Rabbi Hillel Weiss, Spokesman for the Sanhedrin and Chairman of the organization “Hamikdash Betzion” (The Temple in Zion) said,

“Obama hated Israel and Jerusalem, and as a result, America’s enemies became stronger while he was president, many acquiring or developing nuclear weapons. It is important to realize that the most powerful and enduring hope America has is to side with Hashem. The only hope for this is to support Jews taking their place as a Nation of Priests and a Light Unto the Nations.”

The motivation to embed the image of the President of the United States on the coin is gratitude for his support of Israel and especially for the recognition of our sovereignty over Jerusalem. “This is a historic act for which the Jewish people are grateful,” says Weiss, who believes that the declaration sets off a process at the height of which the Temple will be rebuilt.

Also, Rabbi Mordechai Persoff said that Trump, like Cyrus, made a “big declaration that Jerusalem is the capital of the holy people.”