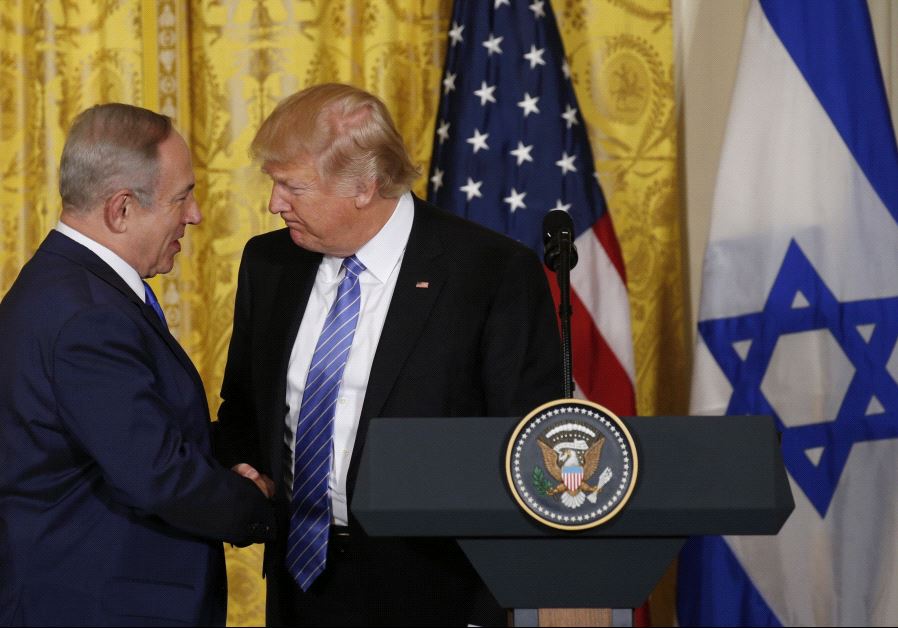 Trump created the first new paradigm for the Israeli-Palestinian conflict in a quarter of a century and became the first US president to set aside the principles of the 1993 Oslo Accord.

Source: Did Trump just nix the idea of a two-state solution?

“I’m looking at two-state and one-state, and I like the one that both parties like, I can live with either one,” President Trump said on Wednesday, Feb. 14, 2017 during a joint news conference with his Israeli counterpart, Prime Minister Benjamin Netanyahu.

The principle of two states for two peoples became such a basic truth that in the conflict’s lexicon, it was defined as synonymous with peace. Those who support peace want a two-state solution and those who don’t oppose it.

Source: Trump’s OK With a One-State Solution. So What Would It Look Like

However Trump’s comments are to be interpreted, it is a breath of fresh air compared to the Obama administration’s final “act of arrogance and petty vengeance” against Israel by refusing to veto the United Nation’s resolution last December declaring Israel’s building houses and communities for its people, within its own borders, even in its own capital city as violations of international law.

No one is without excuse that Word further tells us in Romans 1:19-21: “Because that which may be known of God is manifest in them; for God hath shewed it unto them. For the invisible things of him from the creation of the world are clearly seen, being understood by the things that are made, even his eternal power and Godhead; so that they are without excuse: Because that, when they knew God, they glorified him not as God, neither were thankful; but became vain in their imaginations, and their foolish heart was darkened.”